2022 started with a lot of impatience and discomfort for me. I was incredibly pregnant, and my baby, due in mid-January, came late. 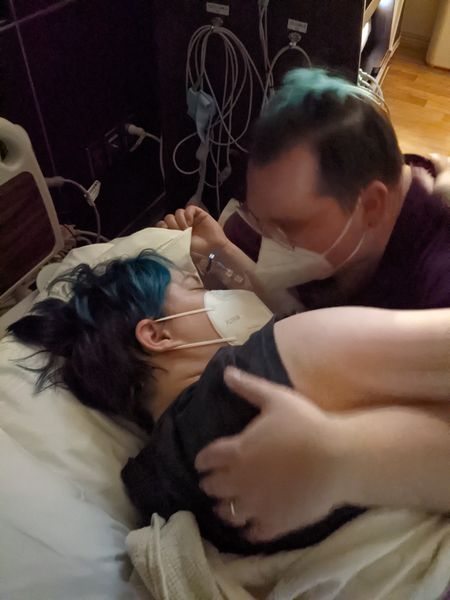 Having a newborn was a whirlwind I barely remember, to be fully honest. I remember: so much help and support from my mom, my spouse, and the postpartum doula we hired. Taking my whole shirt off every time it was time to attempt to breastfeed the baby because I hadn't figured out the whole point of nursing bras yet. My feet and belly being so swolen for the week after giving birth, and many trips to the hospital to have my blood pressure checked. Finally having a successful nursing session late one night, and suddenly finding it hard to breathe, and wondering if that was normal when you breastfed a baby. Calling the midwife who told me to go to the hospital immediately, where they found fluid on my lungs from my high blood pressure, and diagnosed me with postpartum pre-eclampsia. Moving my little family of 3 back to the hospital for several days, and trying to parent a newborn from my bed with all manner of tubes hooked up to me.

I got better, and over time, we settled into a good rhythm. I had a long parental leave (by US standards) and extended it even further by going to work half time for two months instead of taking the last month at full time off. I took a lot of long glorious afternoon walks with the baby in her stroller.

Not many of my friends have had kids at this point, and most don't plan to. While I was finding good parenting community online, I really wanted to meet local parents with similar values as me. I put up flyers and made social media posts about an event I decided to call "Queer Family Potluck Picnic". I bought a bunch of yard games and prayed at least a couple people would show up. They did! The first picnic especially had a great turnout - and yes, it was just the first of many picnics I ended up hosting this summer. Four picnics and a swim night, to be exact. There were never as many other parents of young kids as I had hoped, but I met so many interesting people and overall, I'm glad to have created a place for queer people to get together with no agenda beyond being together. 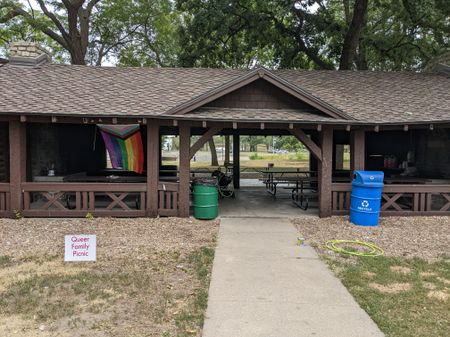 This spring I took a training that's been in the works a long time. I was originally planning to take CERT (Community Emergency Response Team) training in spring of 2020, but it got cancelled due to covid. It took a long time for everyone in the group to feel safe rescheduling, but we finally did, and participated in a hybrid training - lots of online video material followed by a two-day weekend intensive where we reviewed material from the online portion and practiced various skills like using a fire extinguisher or performing a building search.

At CERT training, people were reminiscing about Do It Ourselves Fest, an event held in 3 different prior years here in Lincoln, full of live music and workshops on whatever members of the community wanted to teach one another. "We should have another one", we all said, "and we could share some of the things like that we're learning here about disaster preparedness and more."

I took up the charge and got started trying to make DIO Fest 2022 happen. It was a lot of work, and while it was a group effort, a lot fell to me. The pressure and stress at times was intense, even if it was hard to discern whether it was just coming from my own expectations. I came really close to calling the whole thing off. But DIO Fest happened on October 8, and it was, on the whole, entirely wonderful and generative and entirely "ourselves". 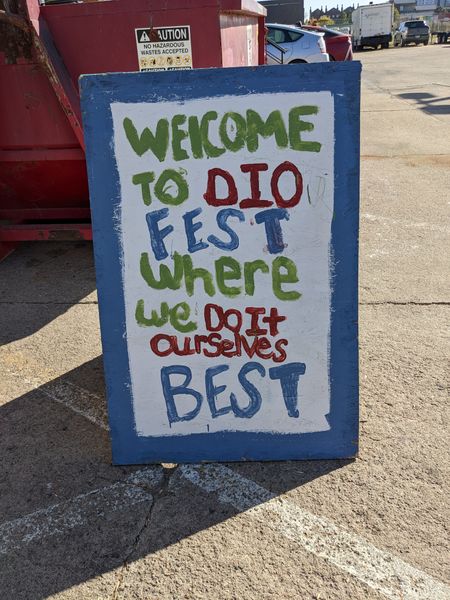 When I think back on what I did this year, organizing events like the picnics, swim night, and DIO Fest loom large. In the coming year, I might still host Queer Picnics, but I intend to scale back my event organizing efforts dramatically. (Without DIO Fest, that should be pretty easy!)

My spouse and I got new e-bikes this year, and said good bye to a couple others - one that doesn't fit a child seat on the back we sold to a good friend, and the Rad Wagon we had loved we returned due to the whole exploding tire issue. We got an Urban Arrow electric bakfiet-style cargo bike this summer. It has special adapters with their own suspension to hold the baby's car seat in the bucket of the bike, and we started riding with her right away. It was so amazing to get back on a bike and no longer have my world limited to either travel by car or foot if I wanted to go somewhere with the baby. 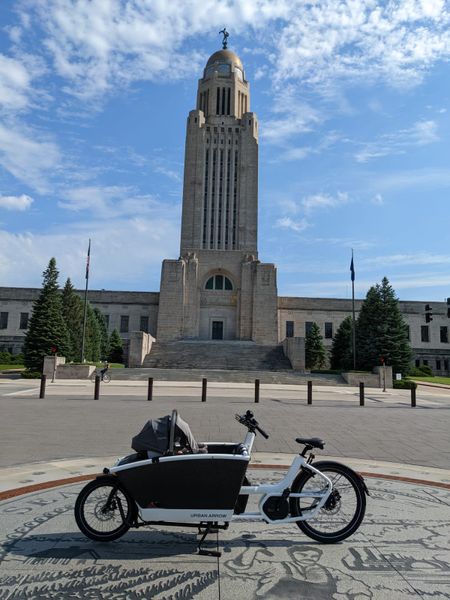 I had a hard time feeling creative this year. I think with a baby, that's pretty normal. But it was hard to accept. It was hard to feel like I had the time, and when I did have time, it was hard to feel like I had the mental space to do art in any meaningful way. I did make some zines this year that I'm proud of, though, and took them to a zine fest as well as a maker market where I traded them for donations to DIO Fest. Check out other posts on my Choose Community, Host Your Own Community Event, and e-bike zines. 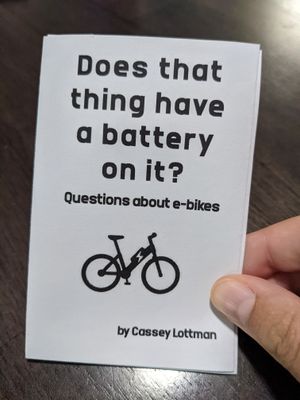 One of my big goals for the year was that after giving birth and recovering from that, I wanted to get back to strength training. I had several false starts with that, and a lot of back pain to work through whenever I tried. I spent months in physical therapy that went no where, gave up for a while, then tried again with a new PT who has helped my pain significantly by focusing on core strength, something the previous PT had never really checked for or focused on. I'm cleared for strength training now and have the core strength to support my lifts properly, but honestly am feeling kind of demotivated for pure strength training. I think for 2023 I just want to stay active in ways that feel good, which might involve getting stronger, or might involve just continuing to take lots of walks or maybe some thing I haven't even identified yet.